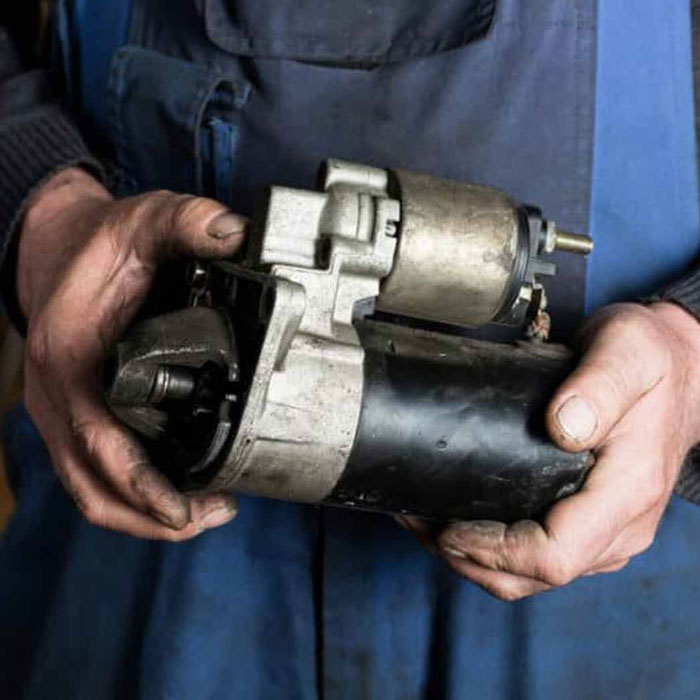 What Is A Starter Motor
Before the advent of the starter motor, engines were started by various methods including wind-up springs, gunpowder cylinders, and human-powered techniques such as a removable crank handle which engaged the front of the crankshaft, pulling on an airplane propeller, or pulling a cord that was wound around an open-face pulley.

The hand-crank method was commonly used to start engines, but it was inconvenient, difficult, and dangerous. The behavior of an engine during starting is not always predictable. The engine can kick back, causing sudden reverse rotation. Many manual starters included a one-directional slip or release provision so that once engine rotation began, the starter would disengage from the engine. In the event of a kickback, the reverse rotation of the engine could suddenly engage the starter, causing the crank to unexpectedly and violently jerk, possibly injuring the operator. Therefore, eletric starters are invented. 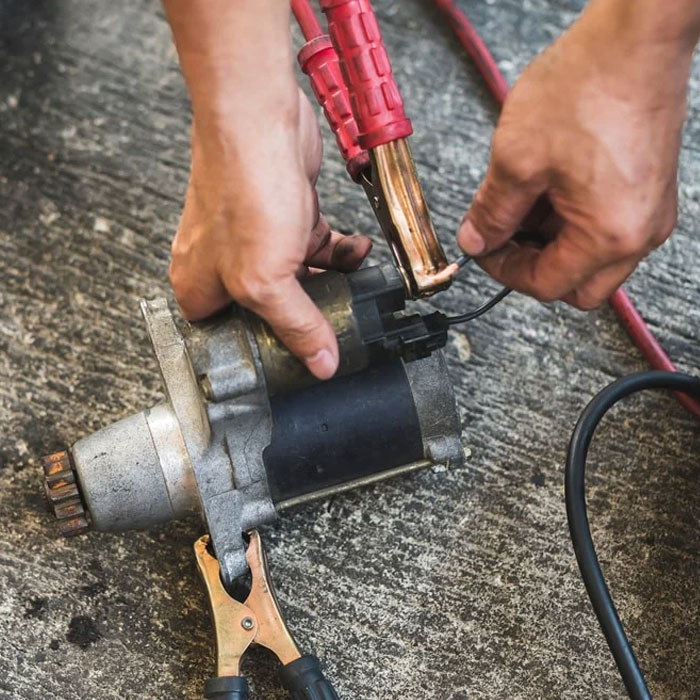 When Do You Need A New Starter Motor
When starting a car with a fully charged battery, there is a single click or nothing happens at all. The starter motor doesn’t run, even though there is a 12-Volt power at the starter control terminal; Another symptom is when the starter motor runs, but fails to turn over the engine. Often, this might cause a loud screeching noise when starting the car. Of course, this could also be caused by damaged teeth on the ring gear of the flywheel. If these symptoms are showing on your vehicle, then call Advanced Mobile Mechanics bacause they will get it sorted for you in no time!
How Much Does It Cost To Replace A New Starter Motor
The average cost for a new starter motor can range from $250- as much as $800.These estimates vary dramatically depending on the particular issue and the make, model, and year of your vehicle. Many vehicles have a starter that is easily accessible and can be removed and replaced in under an hour – others are far more complicated. As they can be housed other engine components – like underneath the intake manifold. You may also require some extra parts including the battery, battery wire looms, earth straps etc during starter motor replacement as well. 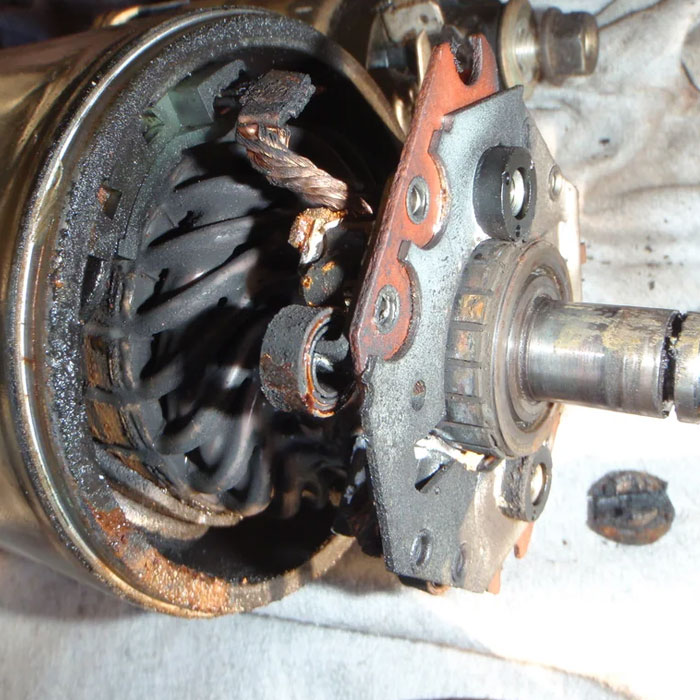 Why choose the Advanced Mobile Mechanics for Starter Motor Replacement
Our expert mobile mechanics with over 14 years of experience in the automotive industry. We can help you save yourself from the hassles and frustrations of the starting problems. Our professional mobile mechanics will strictly follow the proper procedure that guides us through for accurate diagnosis in order to get your car back up running quickly.
If your car stop starting at your place or in the middle of no where, give our mobile mechanics a call, we will get your car running in no time!
Email Us